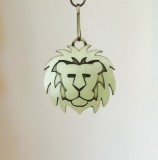 When I woke up this morning, (at 6:18) I must admit I wasn’t sure whether i’d have much to report on.  It’s fair to say I was slightly dreading this race.  I’ve been doing a few runs in the last few weeks, but it feels as though running is actually getting more difficult, not easier.  Last Friday’s run was such a disaster that I didn’t even go out for a run this week (partially because I had a sore knee).  Anyway, I couldn’t back out as I was running with a friend.  Well, he shot off into the distance, but we started together 😉

I ran the Longleaf 10k in 2014, and due to flooding which had occurred at the time, they’d re-routed the race, so there was only one really evil hill in it.  Sadly this year the course was back to normal.  Cue one bastarding hill that you run twice.  Twice!! (I use the term ‘run’ in it’s loosest sense). Then one other hill which is equally as, well, hellishly hilly.  I had planned to run/walk on a 4:1 ratio, and knowing how unfit I am at the moment, i’d set my watch to help keep me within a minimum and maximum pace, such that it beeped every time I either ran too slowly (i.e. 90% of the time), or too quickly (5% of the time).  Needless to say my watch was beeping like a clock on speed (oh the irony).  I shouldn’t have bothered really.  It soon became apparent that I had to walk all the uphills, and I ran (shuffled) the flats and downhills.  The thought of downhills always lures me into a false sense of security, as I imagine flying down them in record time, making up for the lack of uphill speed on the other side.  The reality is more of a cautious wee jog, trying not to rip my quads asunder, nor fall on my face and skin half of it, à la Harvey Dent in Batman.  Okay so his was burned off, but I imagine the outcome would have been similar.

The only thing that save me from giving up too early was, in fact, my own muppetry.  I’d told myself that I would see how I felt when I did the first loop (i.e. 5k), and if I was reeeeeally struggling, I could give up.  Except actually, while you do the first hill twice, that’s the only bit you do twice.  The bit in between, yep you guessed it, you only do it once, so there was no half way point to quit at.  Half way was at the top of a fecking hell, so by then the only option was to carry on.  Thankfully I wasn’t feeling like quitting  at that point anyway!  When I got to 6k, I met a lovely woman called a Sandra, a PT with a dodgy hip (i.e. she’s likely to need a hip replacement sometime soon).  We ran together for a wee bit, then walked a couple of up-flats, then ran a bit.  Sandra was my saviour.  “C’mon Lee, keep going!” she’d shout, promising we’d just need to run to the bottom of the last hill.  When we got there though, traffic was starting to come through, and I was slowing down so she grabbed my hand and we ran together for a wee bit, just to get up and over the next little incline.  We did this a few times, but I was no match for her hill march, and eventually had to let her carry on ahead.  It was so nice having that support for a wee while, and it came just at the right time.  Happily I saw her at the end too, so I could say thanks.

Finally, the peak of the last hill was in sight, then it was downhill to the finish.  My quads and calves were somewhat bolloxed by this point, so again a gentle downhill pace was required.  The finish appeared to have moved about 1 km further away (just wishful thinking), but after looming in the distance for what felt like aaages, finally it was there, and I crossed the line in a personal worst of 1:27:51.  When I did it 2 years ago it was in 1:15 and change, so it just shows you what an extra couple of stone does to your time (decimates it!!).  They’d run out of goodie bags at this point, and as i’ve just discovered upon hanging my medal on my bookcase, the ribbon is from the 2015 race, so slightly disappointing on that front.  However, the day was great, the weather better than expected (dry and even sunny in the end), the running company was ace (I chatted to a few others along the way too), so all in all, no complaints.  Oh and a hot chocolate at the end was like manna from heaven (thanks Andy!).

Of course next year i’m going to need to run it again, so I can get the right medal, and get a much better time.  Damn it!!! Next time I might even train properly….