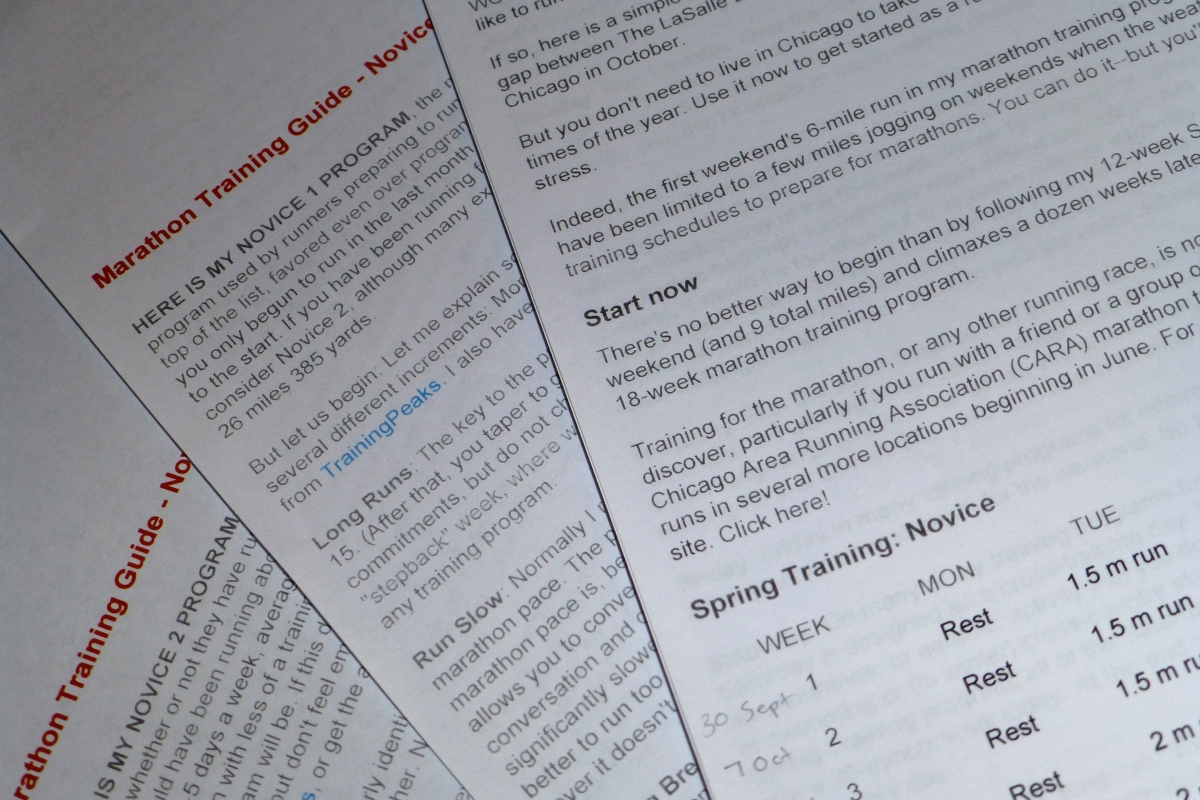 I’ve been meaning to write another post for ages, but I was never very sure what to write.  To be honest I’ve just not thought I had anything worth writing down.  Why?  Well, partly because I’ve been trying to get myself ‘on track’, health and fitness wise, and I often feel like as soon as I report a good week, I’ve put pressure on myself, as if I’m saying “I’ve cracked it!!!  No need to worry, everything will go swimmingly from now on”. Queue a shitty following week, full of good intentions, lack of action and a spectacular tumble off the wagon into the cake-myre again.  So I was hesitant to write anything about how I’m getting on, lest it signal another rapid spiral into loserville, and head-hanging trudge back to the start.

So, in writing this now, does this mean that yes, I have finally cracked it, and 4 weeks later I’m now a size zero and in no need of this blog? Eh, not quite.  However, I have made some progress, even if it doesn’t quite seem to be showing on the scales just yet.  So what have I done?

Well, so that not everything in my life if focussed on weight-loss targets, I set myself the target of getting to the gym 3 times per week, and I’ve managed it!

(…and no, I didn’t just create this in Excel.  Honest!)
Having joined in the last week of August, I’ve managed to go three times a week since.  I can honestly say I’ve been to the gym more in the past 5 weeks than I have in the last two years, and more importantly, I’m enjoying it.  I’ve been swimming, running, taking taster classes in the how to get the most out of TRX, ViPR, and Kettlebells, and I’ve attended a couple of body balance classes.  The amazing thing is, I’ve not had to force myself to go.  I really, really enjoy it.  First time for everything I suppose!!
I’ve also signed up for a 12-week course where we get meal plans (Paleo-based, which is fantastic, and pretty progressive for a big corporate gym I’d say!), a weekly weigh-in as part of a meeting where we talk about food and nutrition, and finally go to one group exercise session a week.  So far, so good.  Second weigh-in tomorrow, so fingers crossed.  Honestly though, the scales aren’t showing big changes, although my legs feel like they’re shaping up a little.  So clearly while I’m doing better than I was, in terms of diet and exercise, I can tighten it up, eat ‘cleaner’, train smarter.  I can do better.  I tell you what though, I’m sleeping like a log, and for an extra hour or so a night, so that’s good!
So that’s what I have been doing; what’s next? Well, the plan for the next few weeks is to just tighten up where I can, and make sure I’m making the right choices for my health.  One reason I wanted to try to get the consistency going on the exercise front is to help with the next stage of my plan for world domination, oh, hang on, wrong blog….eh I mean help with my ultimate goal for next year – running the Big Sur marathon.  Next week I’m starting my pre-marathon training plan.  Why pre-marathon?  Well, I had such a shocking run at The Outlaw this year, that I want to make sure I’m in the best shape I can be (running wise) before I start my ‘official’ marathon training plan.  I’ve decided to follow Hal Higdon’s ‘Novice Supreme’ programme to get me to the finish in California.  Essentially it is a 12 week plan that eases you into running 4 times a week, and gets you up to 6 miles, which is the shortest long run on the 18 week marathon plan that follows it.  If that makes sense!  Consistency in training is really important, and something I’ve struggled with in the past.  I’m hoping this initial 12 week plan will help me reach this goal.  I’ll report back in a couple of weeks, and hopefully be telling you about the 8 training runs I’ve done since this post.  Watch this space.
Oh one final thing.  As I’m sitting typing this, I keep stopping to stretch my upper back which feels like it has been run over by a truck.  Yesterday, I had a free 30-minute Personal Training session at the gym, and having spoken to the instructor after the weekly group exercise session, I said I really wanted to work on deadlifts, and making sure I had the correct technique.  If you don’t know what a deadlift is, it is essentially this ☟

(thanks to Google for the picture!  Do you think he lifted it right up??  Let’s hope he did it without bursting a vein)
The weight is lifted off the floor to hip height, then gradually lowered down to the floor again, using a controlled movement.  Okay, so I wasn’t lifting quite that much, but you can get the gist of what I was attempting.  Anyway, short story long, I managed to lift three sets of 50kg, then finally 60kg for three reps.  Chi-ching!! I was really happy with that, considering I’ve not done this exercise for a long time.  Clearly my visits to the gym have been having some effect which is good.  The upshot of all this of course is that the Trapezius muscles in my back are sore.  Not in a twinge-ing pain way, just a ‘OMG I’ve not used those muscles for years’ kind of way. My legs and glutes are not too bad, so another thumbs-up to the gym work i’ve been doing recently.  Fingers crossed I can move tomorrow!!!
Anyway, i’ve waffled on enough.  Time to go and plan the next week’s activities to make sure I hit that nail on the head, consistently.
Happy days 🙂

One thought on “Striving for consistency”