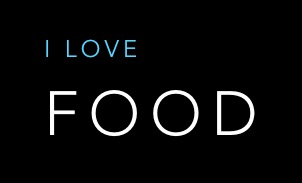 As I said in the last post, I want to use this blog to track progress.  When I first started this blog, I guess I did so in the thought that if I stated my goals publicly, then it would make me do everything I said.  If that had been the case, then I’d be typing this as a fit, skinny (well, everything is relative…) Ironman.  Of course we all know that’s not the case!  Accountability is so important though, so while publicly listing goals can and does have its place in trying to keep me on the straight and narrow, it will only work if it’s backed up by a real desire to achieve a goal, and for the right reasons.

What does that even mean? Well to me, there are a few ‘wrong reasons’: changing for someone else (i.e. to make them like you); thinking the change will make you happy; changing yourself because you think you’ll only be better if you’re different.  The right reasons include wanting to get more out of life, understanding that health is important and you can’t take it for granted for ever (i.e. you can’t keep dodging that bullet), and knowing that even though you’re happy anyway, changes can still be warranted.  Or to put it another way, in the words of Shunryu Suzuki, ‘each of you is perfect the way you are…and you can use a little improvement’.

To that end, the main improvement I need to make is to my diet, or rather my nutrition.  Despite trying to do this for years, you can’t out-train a bad diet.  Even the word ‘diet’ is so loaded these days, and often implies impermanence, a temporary strategy to be employed until a target is reached.  Well, when I talk about diet here I really mean ‘what nutritional strategy I intend to use, permanently’.  I should state upfront that I’ve tried every fucking diet under the sun.  Newsflash – they don’t last.  Who knew?!  The handy thing about having tried everything, however, is that over time, your body starts to really complain when you feed it something it doesn’t really like.  Even when you’ve been eating it for decades, the impact it has becomes more and more pronounced before you get to the point where you can’t really ignore it all the time.  Well, you can, but it means feeling shit and living with it.

Last year I employed a nutritionist to work with, and while the majority of her clients saw a lot of success, honestly, it just didn’t work for me.  It was initially a very high protein diet used to kick-start my metabolism, but I found I could never manage to maintain the protein levels, I started to hate counting every gram of everything I ate, and it became a chore.  If I’m made to do something I don’t like, I turn into a twat and do the opposite, even if I’m the person making myself do it.  I’m not saying this to apportion blame or as an excuse, but it just wasn’t for me.  Also it was very expensive and I couldn’t justify the cost of carrying on just to see if one more month would be what I needed to crack it.  So it was back to the drawing board.

I might not have any nutritional qualifications, but I do know my own body better than anyone else.  I love to read up on stuff and try to find answers for myself, so that’s what I’ve been doing.  Prior to going to Lanzarote with my pals in May, I’d been talking to some of them (i.e. triathletes) who were employing a low carb, high fat strategy.  I was fairly sceptical because as we all know fat is bad for you, and we need carbs to exercise.  Or do we?  Well, there’s a growing body of evidence to show otherwise.  I’m not even going to attempt to go into the science here (although I may pull some referenced information together for another post) but ultimately in large part it’s about managing insulin levels and burning fat for energy. Voila!

So will this be the panacea I’m looking for?  Time will tell.  I started eating a LCHF lifestyle in around May this year, and was doing well (I lost 1 stone) until someone kindly brought me a Victoria sponge and rather than just not have any and appear rude, I ate some of it, then PMT reared its ugly head and I started eating lots of sugar again.  Turns out habots do die hard.  Result was a couple of pounds of weight back on, but more importantly (or should I say worse), I started to feel like shit.  Physically my joints ached, I was getting headaches and I rarely get them, my skin was itchy, I wasn’t sleeping well and mentally I’d been feeling pretty ‘meh’.  I started worrying about stuff that had stopped bothering me, and started over thinking everything.  So last week I had a word with myself (for the umpteen billionth time) and started eating LCHF again.  A week in, I’ve lost those re-gained pounds again and so far I’ve lost 1st. 4lbs in total since I got back from Lanza.  I’ve been sleeping like the dead (though still feel a bit tired generally), my knees have stopped hurting, my mood is MUCH better and I just feel in a much more positive mindset.  Tomorrow I’m off to run the Bacchus Half Marathon with my sister, and fully intended on having wine on the way round (yep, a race with wine. Result!).  So that’s not ‘on plan’ but it doesn’t mean the whole thing is kiboshed either.  I’ll enjoy the event I signed up for and get back to it on Monday.  No biggie.

I know some folk will read this and think ‘FAD DIET ALERT’ and that’s fine – I’m not telling anyone else what to do or saying it’s what will work for everyone.  I don’t even know if long-term it will work for me, but i’m willing to give it a go.  I’ll report how it goes on here, as much as a record for myself than anything else.

Have a great weekend folks!