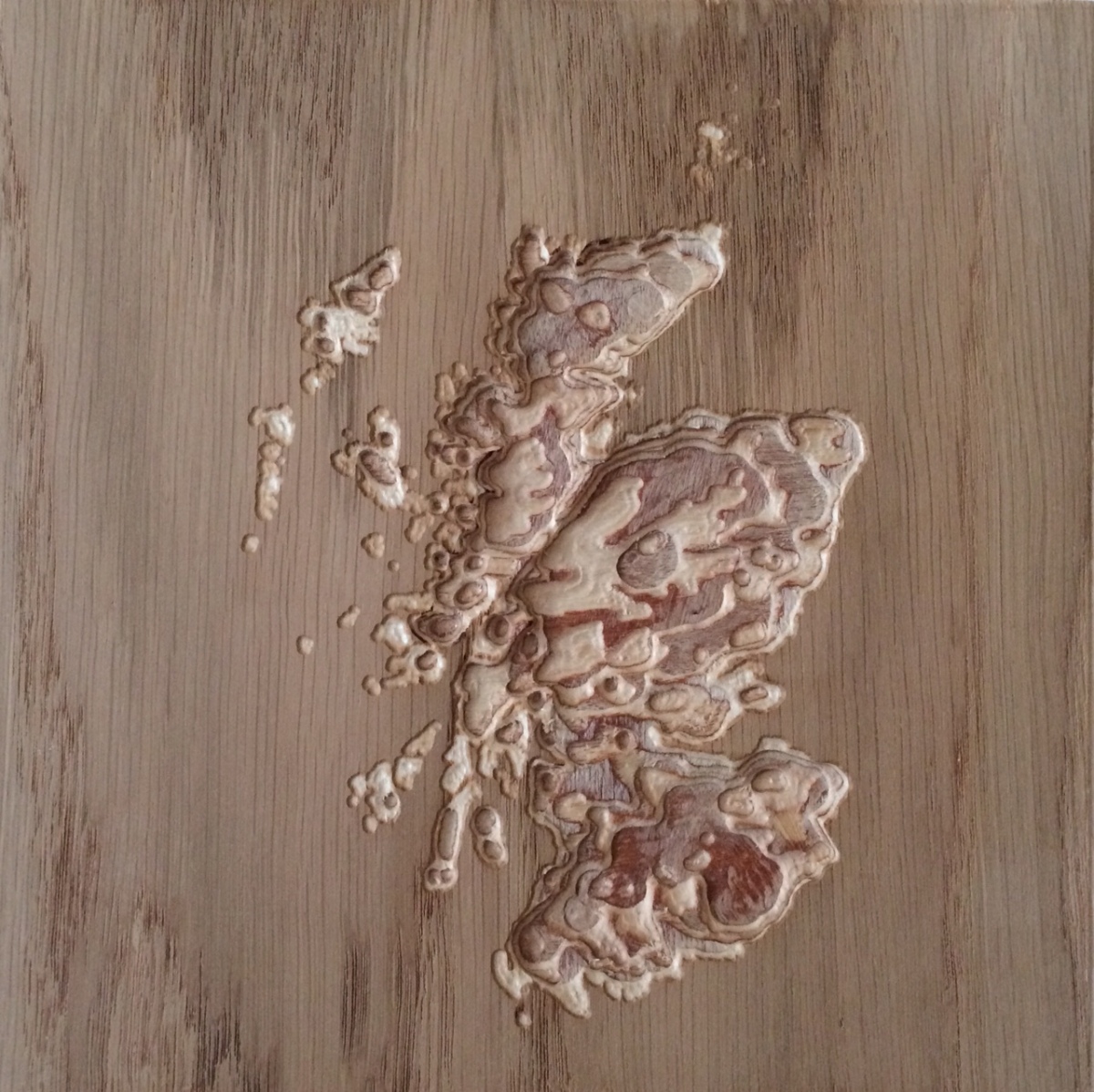 Despite having lived in Scotland for the majority of my adult life, I’ve rarely ever been camping there.  Save a couple of days at St Mary’s Loch, where a planned swim was kiboshed upon dipping a toe in the water (FREEZING), I’ve not spent much time under canvas in my beautiful homeland.  Of course rarely tents are now actually made of canvas, but still.  So when I realised i’d be driving half way up the country to spend a weekend in the Lakes, I thought I might as well take the rest of the following week off and carry on the rest of the way up and over the wall into Scotland.  Normally if I make the trip home, I want to cram in as much as possible, catching friends and family when I can, and doing a lot of touring about.  However, I just really fancied some time in one place, so I set upon the idea of camping for the week.  My last camping foray resulting in my tent being ditched due to prolonged exposure to torrential, pissing rain (Outlaw last year, for those in the know!), so a new one was purchased this year.  Fingers crossed for good weather.  Never having camped for more than 2 nights in a row, this week would either be a wonderful success or a totally miserable failure.  I’m happy to report it was the former!

On the recommendation of friends who had previously stayed there, I booked up for the Monday to Friday in Comrie Croft, a lovely wee working croft in Perthshire.  You can camp there in a field, or on one of their woodland pitches.  Initially I opted for the woodland pitch, and it was lovely.  I’ve always loved forests and for some reason feel really safe in amongst the trees, sitting under dappled light while listening to the wind rustling the leaves.  I managed to get the tent up no bother, but the only minor issue was that the pitch sloped in two directions, so there was a bit of to’ing and fro’ing trying to get the tent level.  I didn’t succeed, and spent a couple of nights waking up to find i’d slid half way down my camping mat, only to slither, like an angry, bloated caterpillar back up to the top, knowing i’d be repeating the task an hour or so later.  Despite also waking up with the feeling that all my bones had been slightly broken, that soon wore off after a wee walk about, so I knew I would likely survive the week.  I spent a happy couple of days walking about, going exploring in my car to the Highlands and surrounding areas, and just relaxing and reading my book.  It was so nice just to be out in the fresh air, nothing in particular to do, but with the day ahead open to whatever took my fancy.

Midway through the week my best pals all turned up with their kiddies, for a planned get-together.  After not much cajoling, I succumbed to peer pressure and moved my tent up next to theirs on the high meadow.  No more sleeping on an incline, woo hoo!!  Ah what a fabulous few days we had.  The kids became newt-obsessed and spent the majority of their time at the pond, fishing about with their wee nets, and getting the odd shoe or hat wet.  Some folk went off for bike rides on the MTB trails that surround the site, while some of us did not much at all (that’d be me.  It was fab).  There was even time in the busy schedule to fit in tea and cake at the on-site cafe.  It’s all about supporting local business of course.  Evenings meant campfires, marshmallow toasting, chippie teas, star-gazing and boozing.   Despite a few weeks off the grog, I managed to rally and imbibe some of the hard stuff.  It is tough, but someone has to do it.  So despite deciding not to do a whirlwind tour of Scotland, I was so lucky to have my pals come to me.  Friends made the trip what it was, just fabulous.  So much so we’re on for next year 😀

After being cruelly abandoned on the Friday, and left to my own, solitary devices, my final day was spent doing absolutely hee haw.  I managed to get a campfire lit (despite never having actually lit one myself before.  Bear Grylls eat your heart out), and then spent the next 6 hours just staring at it.  Wonderful.  When it was time for me to finally say goodbye to the Croft on the Saturday, I have to admit I was quite sad to leave, so stopped for pot of tea and a giant scone in the cafe to drown my sorrows.  Luckily though the holiday wasn’t quite over, and I had a night in Edinburgh with my fab wee pal Ironbaws to look forward too.  Big G paid a visit too, which was braw.  What a week!  Honestly I feel as though I was away for weeks.  Somehow it feels as though I did very little, but packed loads in at the same time.  Not sure how that’s possible, but for sure it’s a sign of a great holiday.  It’s renewed a love for camping, and for the outdoors, and I can’t wait to get back out there 🙂 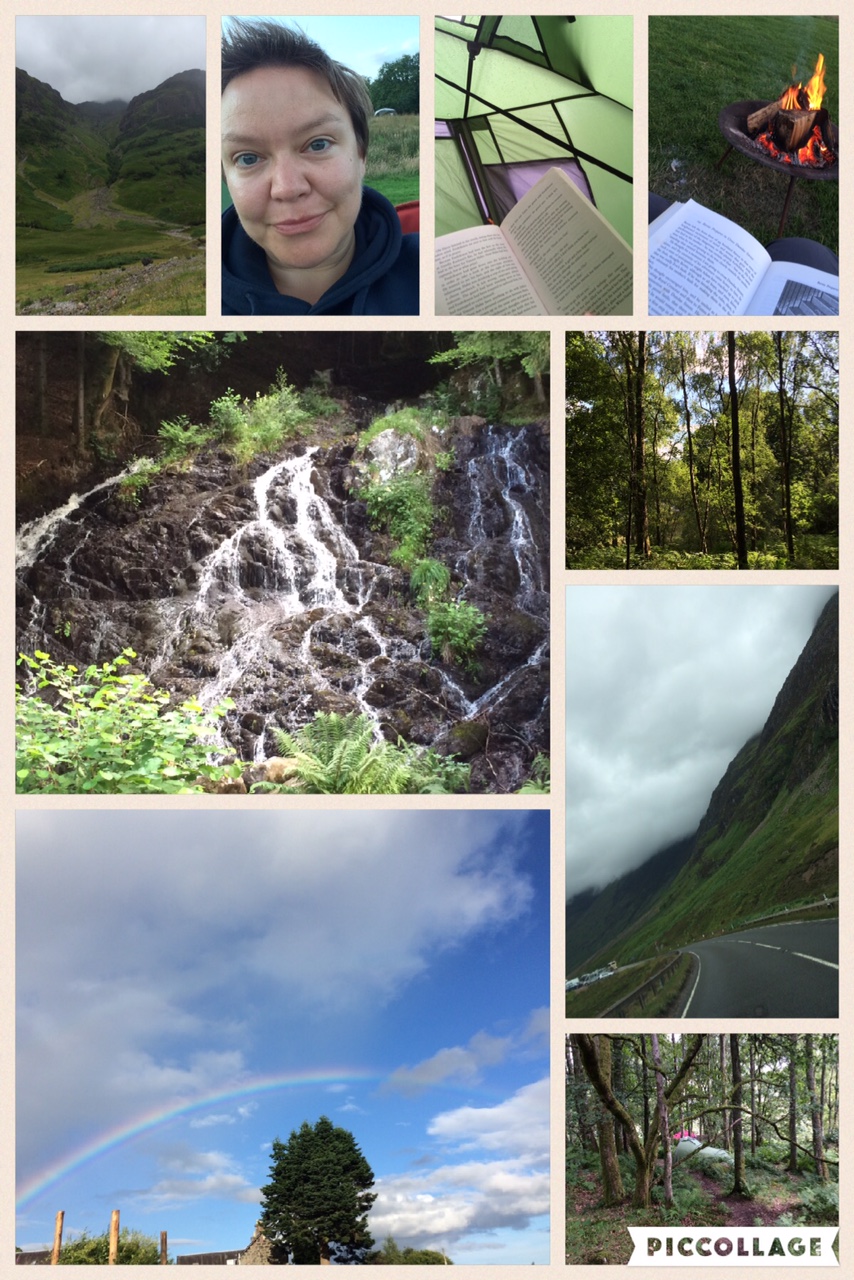