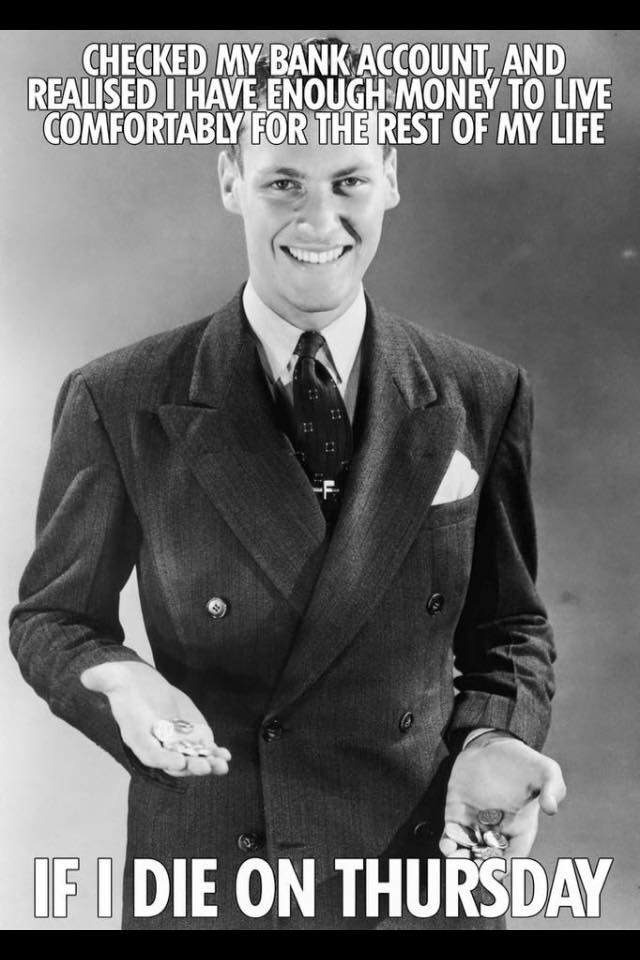 So about a month ago I thought I’d challenge myself to see how little I could spend in a month, only allowing myself to buy food to cook with, essential toilettries and anything I needed for the allotment (knowing that wouldn’t be a huge spend). So now that it’s nearly the end of the month, how did I do? Erm…..

Essentially my mark is “could have done better.”  On reflection knowing what was happening in April, I possibly didn’t pick the best month to try this. I’ve been studying via distance learning part-time over the last 24 months, with the course ending mid-April this year. It culminated in a short assignment due in the first week of April and a long essay due on the 13th, as well as finishing off the week-to-week work. As a result, the first two weeks of the month meant sitting all day at work, coming home and sitting in front of the computer all evening. Cooking kind of went out the window, or at least planning food did. I’d make something quick for dinner, without thinking about making enough for lunch then next day and then had nothing to take to work so I bought a few lunches that were not part of the plan! Also I ended up unintentionally ramping the carbs ups, such that cravings went through the roof and I broke my sugar fast 😫.  This coincided with PMT, which definitely didn’t help. It made me realise that while I wasn’t craving sugar in and of itself for a whole 78 days, when I started eating more carbs, that made me want some so I had some Maltesers to ‘get it out my system’. Then I had some more sugar. Needless to say I have more proof (if ever I needed it) that I don’t want sugar in my life as I have zero control. Interestingly though it also made me see the influence an excess of carbs has, and why personally I do better overall on lower carbs. So lesson learned. I’ve reset my Quit app again, and back to low carb higher fat (LCHF) proper.

Anyway, I digress. Back to the money. This month also started off really well when I received a £426 refund for my course, as I was entitled to a discount as a result of being a past student at the University, but I only recently just found this out. Initially I stuck it in my savings account with the thought it could go towards another course in September. But having finished this course, and rejoicing in the new found sense of feeedom (i.e. no more studying in the evenings/at the weekend!) I made the decision that I won’t do another course this year, and promptly put the whole refund to my credit card to pay off some debt. So this meant I had no spare cash this month.  Not a problem I thought…..and then a bill I’d forgotten about came in and bollocks my no spend (or minimal spend) month was kiboshed good and proper. Bugger.  I also forgot that I’ve yet to pay for airport parking for a trip next month, so the upshot is the spare cash I had for next month will now go on parking, and this means I’ve had to cancel a trip to see friends next weekend. It sucks balls.

So what have I learned?

1. This year I’ve cut my spending drastically, and actually leaving at that reduced level is sensible and manageable – I don’t need to aim for less, as I’m still way over paying debt each month. Yes I want to clear debt, but I also don’t want to be scraping about for pennies when there’s no need.

2. Don’t put ALL spare cash to debt, at least not until the end of the month. I’ve written a pretty accurate  12 month budget and accounted for maybe 90% of my expenses but it doesn’t leave much room for the unexpected. I have some money in a savings account but at the moment it’s earmarked for my holiday next month, so technically I have no reserve until I build it back up post holiday.

3. Buying the odd lunch/coffee out is okay, so long as it’s the exception and not the norm.

4. Sugar is still a bastard and no, I cannot moderate it. My cravings cannot tolerate high carb in general, so back to clambering on the LCHF wagon.

I should say that I didn’t overspend this month – I’ve still not used my credit card and I’m not in overdraft – but at the start of the challenge I expected I’d spend about £100 – £150 less than usual (‘usual’ these days is £300), but that’s not happened. Needless to say I’m happy it’s pay day on Wednesday as my bank balance is in single figures.

So, back to normal. I’m still on track to clear my debt if not by 31st December, then by the end of January next year.  I can live with that 🙂

2 thoughts on “Time for a challenge – results!”