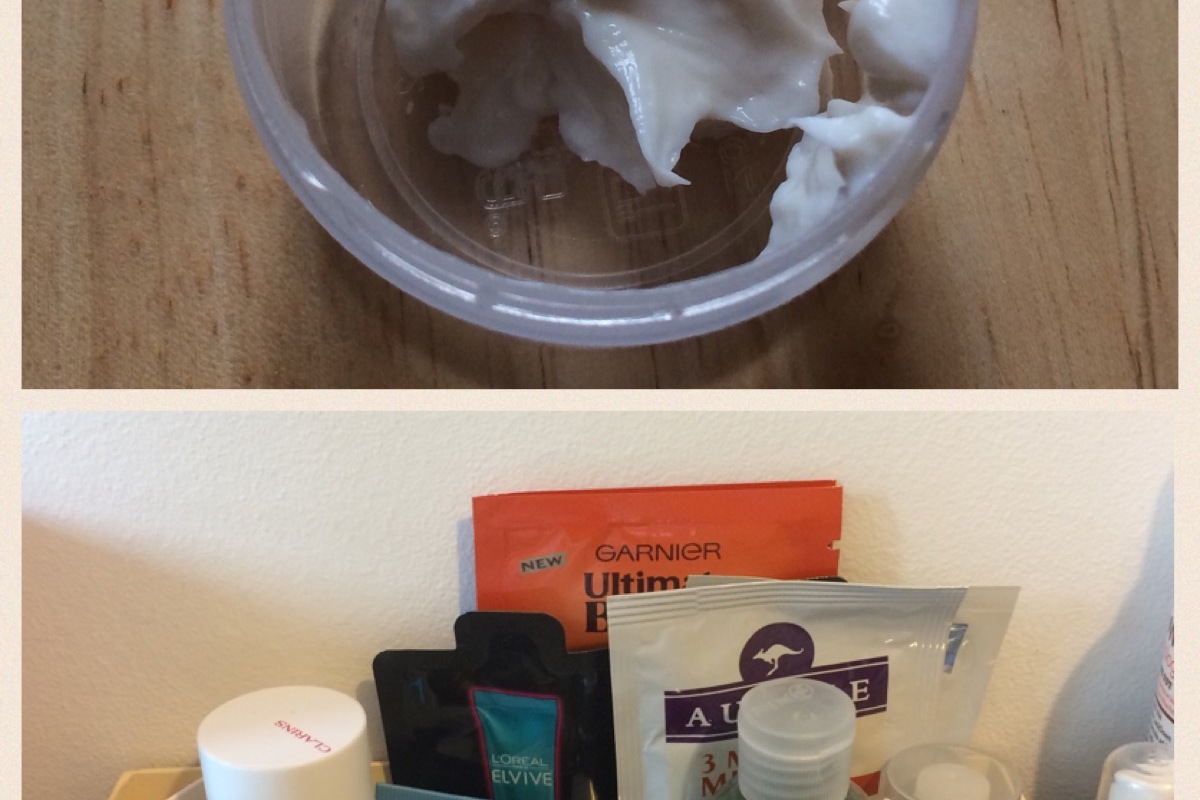 A couple of posts ago I talked about how ridding myself of debt has become my number one priority for this year.  I received a number of comments and messages about it, along with lots of helpful suggestions for saving money.  So I thought it might be helpful to list the top ten things that I have done / am doing this year to get shot of the debt once and for all.  These are in no particular order, except for number one, which is the real cornerstone of sorting your shit out.

I’ll be honest and say that I convinced myself for years that I was doing this, but actually all I was doing was tracking where all my money went.  When I ran out and started spending on a credit card or using up my overdraft, that was tracked to within an inch of its life, but clearly it wasn’t working; my debt increased.  I will say though that it set me up well for turning it into an actual budget.  My salary doesn’t vary much from money to month, so I know how much I have coming in.  I have the same general outgoings (i.e. bills to pay) each month too so that’s good.  The key thing for me was to go through each month and write down all the random/one-off expenses that occurred each month.  Water bills, car insurance, road tax, birthdays, holidays, eye tests, contact lens purchases etc. etc.  We all have that list of “oh shit I forgot about x bill” moment, so I’ve tried to preempt it.

The upshot is I know have a budget written out for each month of the year.  If something else comes in that wasn’t expected (which will happen), I can re-jig things to fit it in.  Sometimes of course it can be a bigger expense than your monthly budget which brings me neatly on to point 2…

I’m not sure how I found out about Dave Ramsey, but he’s a well-known American financial guru type, who helps people get out of debt and get rich.  Now he has various books and courses you can take, but there’s lots of free information available on his website.  So I’ve been perusing that and came across his seven baby steps which is essentially what I’m following.  In fact this point comes straight from him.  My initial thought was to hammer my debt and pay as much as possible to my loan (now gone, hurrah!) and 3 credit cards (still here, boo), but he advises saving $1000 as an emergency so you won’t need to add to debt when something unexpected arises.  So far this year I have £0 in my emergency fund….but I paid my course fees in January and my holiday in February so essentially I used my emergency budget instead of putting anything on credit card.  So the next couple of months are focussed on saving that money.  I’m not going to go through the other steps at the moment, but they’re worth a look.  Dave does some epic rants on his You Tube channel so they’re worth a watch!

I’ve mentioned this a few times lately, but one of the big issues with steps 1 & 2 is that I don’t have much spare cash for unplanned events.  Hence I’ve had to say no to a few future events.  It sucks big time, and I don’t want to let anyone down, or make them think that I don’t appreciate their invitations at all, but I need to pick my events.  It will be worth it in the end.

Now as with the tips above, I know I’m not exactly coming up with anything new, and millions of people do this as a rule anyway, but I think even though we all know we should use stuff up before replacing it, the fact millions are in debt makes me think we’ve forgotten.  Part of this for me really stems from my desire to reduce waste, and to minimise the stuff I’ve got.  When I had a big clear out last year, it really made me appreciate how many duplicates of things I had, and all of that translates into wasted money.  So i’ve been going through my freezer and cupboards and using stuff up before replacing it.  I had gotten into a really bad habit of buying a load of fresh but random stuff in a weekly shop, then opening the fridge and wondering what to make as all the ingredients seemed a bit disparate, so then I’d head to the shop to buy something to shove in the oven (and of course would buy cake or chocolate to go with it).  No more!  I recently had the most random vegetable curry ever which included brussel sprouts, cabbage and various other bits and bobs and it was delicious.  Now I see it as a bit of a challenge, and my waste has reduced drastically.  I think I empty my kitchen bin once every three weeks or so.

This also applies to other household stuff.  I had another mini-sort out recently, and realised I probably have enough toiletries to stock a small hotel.  So I won’t need to buy various lotions and potions for months.  I’m not even a typical girl in this respect that has a thousand products that are used daily.  Shampoo, shower gel, moisturiser and 2 hair products (my hair is very fine) is about the sum total of a normal day, along with hand soap oh and hand cream.  Also I always make sure that I get every last drop out of something, especially because a lot of these products are expensive.  I squeezed my hand cream to death until nothing else would come out, then cut it open and got the rest out and put it into a wee pot.  It was a 50ml bottle, and there’s about 1/5 left! 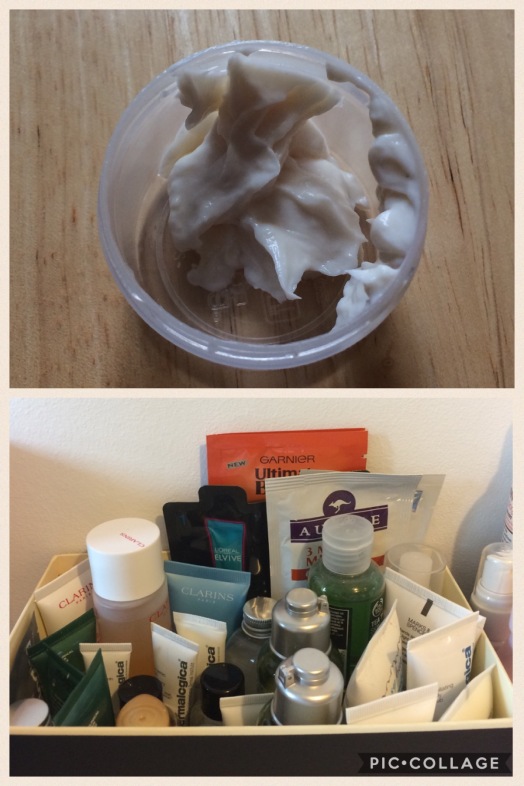 This links in with 4, and makes a huge difference.  I have a notepad designed for the task, so plan everything out on a Sunday night.  Invariably I’ll swap stuff around, but I know what I have for the week, and I use it all without having to stare into a fridge hoping inspiration will hit.

6. Get rid of the excess

As I said above, getting rid of a lot of clutter really helped last year, but there is still a lot more I can shift.  A lot of what I didn’t get rid of last year, however, is potentially sellable, so next on my list is to start selling stuff and make a bit of cash.

I’ve always been well aware of what is coming out of my bank account, so I’m not paying for anything I’ve stopped using but forgotten about.  However, last year by changing my energy and broadband providers and by stopping a subscription to a professional institute that I’m currently getting no benefit from (I can re-join when i’m ready to apply for Chartership), i’ve saved myself £346 this year.  So check your bills – there are always savings to be made.

Anyone that knows me knows I love books, but when I cleared lots out last year, I realised I could let go of my attachment of having to own all the books, and I started using the library again.  I’ve saved a mountain of money in the last few months, and I’m happy to be supporting my local library, as so many are under threat of closure these days, which is a total travesty.

9. Being mindful of little spends

It’s so easy to nip down to the canteen at work for a medium Americano and hey I’ll have some cake with that too please, and before you know it you’ve spent £30 a week and you’re also getting fatter.  What bothers me is the waste of the coffee cups too.  They’re supposedly recyclable, but recent news articles said maybe a 1/3 or such cups are actually recycled?  So at work I use a refillable cup if I do go downstairs, but more often than not I make my own coffee (tastes a damn site better) and of course now I’ve stopped the sugar the cakes have gone too.  Win-win!

10. Focus on your goal relentlessly

I’m happy to admit I’m now utterly obsessional about my money and where it goes, but this is why it’s working.  It’s like anything, if you want something you need to focus all your energy on it to achieve it.  So that’s what i’m doing.  I bore myself with my money chat (and Christ it’s only February), but again, it’ll be worth it in the end 🙂