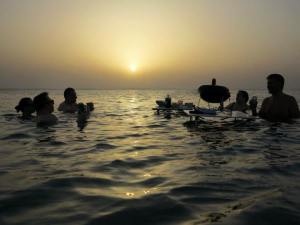 Those of you that know me will know that I am never (i.e. frequently) prone to exaggeration, so while the title of this post may seem dramatic, it is true.  I am indeed determined to get fit or die trying (to be fair I don’t really want to die trying, but the existing title is more catchy).  So as a result, I have slowly managed to drag my ass off the couch and start moving.  Thanks to a bit of gentle persuasion from a good friend, I’ve started cycling to work on days I don’t need to drive straight into town into work, and I have to say I’m really enjoying it.  It is only a mere 5 miles return, so yes, I do feel slightly (very) ashamed that I didn’t actually start doing this earlier, but hey ho, I’m on it now.  I should be able to cycle commute 4 out of 5 days, bar random stuff cropping up, so that’s quite good.  Not much, but better than hee-haw.

I also managed to get myself along to a Parkrun for the first time in FIVE years (I know, even sloths have more go about them) on Saturday, and despite my quads disowning me, not having run for months and months and months, I really loved it.  The run (5K for those not in the know) takes you along Southsea promenade, so it is definitely a 5K with a view.  The volunteers are all lovely and friendly and very welcoming, so I’ll be there this weekend (just to help this time as need to shoot off straight after), but will definitely run it again.

Also, in a bid to save some cash, and get motivated for the gym again, I’ve resigned from my posh (read: expensive) gym , and signed up for a new one which is half the price, and full of guys whose shoulder muscles would give my thighs a run for their money (I shit you not).  I’ve arranged to start seeing a personal trainer again, so first session is on Tuesday next week.  Really looking forward to lifting weights again, doing some high intensity interval stuff and getting my ass kicked.  There is nothing like the feeling that your lungs are about to explode to make you feel good about yourself.  I do love the gym, but struggle to motivate myself, so a bit of PT will do me the world of good.

Finally I’m a couple of weeks into a ‘Million Step Challenge’ and pretty much on target.  The aim is to cover 10,000 steps a day for 100 days, and it was all going swimmingly until I was dragged to the Middle East, taken to the desert, made to sit in the sea and drink gallons of gin (all against my will of course).  It appears that lounging around quaffing the nectar of the Gods does not make for a high step count. So my daily average suffered a bit, but I’m very nearly back on track.

So that’s it really.  I thought I’d post what I’m up to and what my plans are so that I can remain accountable, which was the whole point of this blog (but I’ve been a bit shit at that part!).  I have to say I’m definitely feeling the better for getting moving again.  That run on Saturday really made me see how much fitness I’ve lost, but I’m looking forward to not only getting back to where I was, but totally smashing it and being fitter than I’ve ever been.

I shall report back on progress soon 🙂

2 thoughts on “Get fit or die trying”